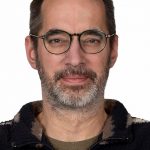 The following essay was Published in Drexel University Publishing Group’s annual collection (known as The 33rd”) in 2014 as the first-place winner of the Zelda Provenzano Endowed STEM Writing Award. In honor of the 207th anniversary of Ada Lovelace’s birth (December 10th, 2022) it is reprinted here with permission of the author, with minor edits.

“Forget this world and all its troubles and if possible, its multitudinous charlatans-everything in short but the Enchantress of Numbers.”

To get an idea of the sense of discovery inherent to the mind of our subject, imagine, in 1828, a short carriage ride southeast from Canterbury, England. The carriage might bring you to a rolling palatial estate called Bifrons.2 Had you taken this journey at that time, you might have seen a young girl of thirteen years dashing across the sprawling lawns, flapping huge and elaborate wings strapped to her arms, arching and leaping into the wind with the hope of taking to the sky.3 And if you were fortunate enough to distract her long enough for conversation, she might tell you that her name was Augusta Ada Byron (but that you could call her “Ada”).

If she were tired enough from all that wing-flapping, the conversation might continue for a bit, and she might tell you about her father, the celebrated poet Lord Byron. She might confide that she had no memory of ever meeting him, since he had left England when she was just a baby. Ada might then sadly reveal how her father died in Greece in 1820 on Easter Sunday, on campaign against the Turkish.4

After catching her breath, she might have turned away into the wind to stretch out her wings once more. “I’m busy.”, she might say, “I’m writing a book called Flyology.”5

In late 1834, Lady Augusta Ada Byron attended a dinner party hosted by noted astronomer and mathematician Mary Somerville. Among the guests was Charles Babbage, an accomplished mathematician and engineer who held the Lucasian Chair of Mathematics at Cambridge University.6 As the then 19-year-old Ada listened in rapt fascination, Babbage imparted to Somerville an idea he had for a new and wonderful invention.7

Babbage spoke of his visits to the burgeoning textile mills springing up all around London and of the new types of manufacturing machinery he saw in them. In particular, Babbage mused over a particularly novel machine that was becoming commonplace in the textile industry: the Jaquard Loom. He explained how this steam-powered loom was capable of swiftly and automatically weaving very complex designs from raw threads using instructions encoded by way of holes punched through rigid cards, and how specific arrangements of these holes could produce any desired pattern in the finished fabric. Babbage then speculated on the possibility of a new device similar to the Jaquard Loom in that it could also be controlled by instructions on punched cards and would also be powered by steam. But rather than assembling designs in fabric like the loom, this “Analytical Engine” would instead be able to execute sequences of mathematical operations speedily and without error.8

As Mary Somerville cautioned Babbage that people might not be ready for such a radical innovation,9 young Ada’s imagination soared as she listened. Maybe she remembered her girlhood dream of building a flying machine, and how her dream was deferred by an illness that forced her to hang up her wings in favor of crutches for a time.10 Childhood dreams may have been forced aside by the realities of life, but her genius for brilliant, inspired, and fearless inquiry never abandoned her. She had become a grown woman, comprehensively schooled by some of the finest minds in mathematics. One of her tutors,11 the renowned mathematician Augustus de Morgan, noted in a letter to Ada’s mother that her daughter had the necessary mathematical aptitude to become “an original mathematical investigator, perhaps of first-rate eminence.”12 Upon hearing Babbage’s idea, Ada knew at once that she was witness to something very special. In fact, Babbage’s “Analytical Engine” would turn out to be the conceptual precursor of the modern general-purpose computer.13

From that day forward, Ada (known from July 1835 onward formally as Augusta Ada Bryon-King of Lovelace through marriage; Ada used “Lovelace” as her surname for the remainder of her life) was fascinated by the idea of the Analytical Engine. She corresponded often with Babbage14 as he lectured at centers of technical learning across Europe in order to raise awareness of (and money to build) his Analytical Engine. During one such lecture tour, Babbage travelled to Turin, Italy in 1840 where, after attending Babbage’s presentation, a young engineer named Luigi Menabrea published an article in the journal Bibliothèque Universelle de Genève, titled “Notions sur la Maschine Analytique (Sketch of the Analytical Engine).” The article quickly reached England. Seeking to promote interest in his machine at home, Babbage began looking for someone to translate the document into English from Menabrea’s French.15

Babbage did not have to search very far; by this time Lovelace was fully versed in the theory and design of the Analytical Engine and also happened to be fluent in French. Babbage asked her to translate the article, and over the winter of 1842-1843, she labored at the task, correcting numerous errors by the original author in the process. Upon seeing the finished translation, Babbage was so impressed by the depth of Lovelace’s understanding that he suggested she add additional notes in order to develop her own ideas and insights around the Analytical Engine.

The resulting “Notes by the Translator” (hereafter referred to as the “Notes”) were published in London along with the translation of Menabrea’s article in 1843. The Notes turned out to be three times the length of Menabrea’s original work, and due to the quality of Lovelace’s work and the nature of her insights, the “Notes” are today considered far more important than the article they accompanied.16

Through her “Notes”, Ada Lovelace prophesized numerous potential applications for the Analytical Engine beyond the straight-forward number-crunching envisioned by Babbage. For example, she was the first to describe the potential for computerized music: “Supposing, for instance, that the fundamental relations of pitched sounds in the science of harmony and of musical composition were susceptible of such expression and adaptations, the engine might compose elaborate and scientific pieces of music of any degree of complexity or extent.”17

In “Notes”, Lovelace also appears to be the first to imagine that a machine such as the Analytical Engine might be able to manipulate the symbols of language, a notion of course taken for granted today: “Many persons who are not conversant…imagine that the nature of its processes must…be arithmetical and numerical…This is an error. The engine can arrange and combine its numerical quantities exactly as if they were letters or any other general symbols.”18

(All italics in Ada Lovelace’s quotations are retained from sources and appear to express her own emphasis. Italics are retained in this way for the remainder of this essay.)

What was certainly Lovelace’s most important insight was buried in “Note G” of the “Notes”. After cautioning that “The Analytical Engine has no pretensions whatever to originate anything. It can do whatever we know how to order it to perform,”19 Lovelace proceeded to describe a potential solution to a mathematical problem that today is familiar to many in the field of computer science: the calculation of the Bernoulli Numbers.

The detailed process for calculating the Bernoulli Numbers is beyond the scope of this essay, but suffice it to say that the Bernoulli Numbers are an infinite series of specific numbers that can be calculated by hand, but doing so is a computationally intensive task that becomes more so as successive values are derived. After describing the manual process of deriving the “numbers of Bernoulli” in an earlier section of the “Notes”, in Note G Lovelace describes a specific algorithm intended to be used with the Analytical Engine in order to automate the computation of the series. Publishing this in 1843 made Lovelace the first to publish a computer program. Considering the impact that computers have had on the way we live, in terms of significance to the human race, Lovelace’s contribution is of the highest order, comparable even to the invention of the wheel or the taming of fire.

Sadly, the Analytical Engine was never actually built; Babbage struggled financially through to the end of his professional life. However, Babbage and Lovelace kept copious and detailed records (most of which survive) and mainstream engineers today believe that Babbage’s designs of the Analytical Engine provided a workable organization of a complete machine.20 That being true, Lovelace often corrected Babbage’s mistakes (which he himself acknowledged) on subsequent algorithms,21 so it is reasonable to surmise that if the machine had ever been realized, Lovelace’s original algorithms would have worked with it.

Lovelace had several bouts of serious illness during her life, but it was uterine cancer (complicated by the bloodletting that was the fashionable treatment of the time) that would finally get the better of her. On November 27th, 1852, Lovelace succumbed, fighting to the last, in the neighborhood of Great Cumberland House, Westminster, England, just two weeks before her 37th birthday.22 She had asked to be buried next to her father, Lord Byron,23 whose face she could not possibly have remembered.

When Byron had been buried in the family tomb at Nottingham, England, his body had travelled in a hearse “drawn by six black horses.” Twenty-seven years later, his daughter was taken to meet him aboard a train operated by the Midland Railway.24

In an entry dated 29 October, 1851, a little more than a year before her death and almost certainly after she had contracted the disease that would kill her, Lovelace wrote in her diary: “If I could ever help to give the despots a shove, I should certainly feel that I had not lived in vain.”

On December 10th, 1980 (the 165th anniversary of Lovelace’s birth), the United States Department of Defense released a computer programming language intended to standardize systems across the United States Military. The language was called Ada, and the manual was designated “MIL-STD-1815” in honor of the year she was born.25